During State of the EU (#soteu) today, there were several references about the notion of democracy and whether nowadays – especially during the #COVID-19 pandemic – it is being guarded as it should be. On the one hand there was the argument that a united Europe, that functions as a single nation, is an undemocratic approach, given that the member states of the #EU are diverse in many senses but that is exactly what makes #europe such a unique continent. On the other hand there were voices that said that during crises, a need for cohesion, community, common goals and a common roadmap is essential if we want to be resilient and come stronger out of the crisis.

As I was listening to the debate I was trying to recall the concept of #democracy from my high school years. Is the “right” democracy the one of ancient Athens? The Roman “democracy”? Today’s representative type of democracy we have in #Greece?

Then I did a little googling and discovered this argument, apparently by #Aristotle: 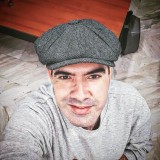